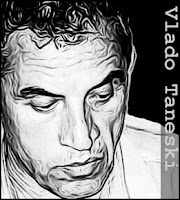 
Between 2005 and 2008 three elderly women were found strangled to death in the small town of Kicevo, Macedonia. The murders were a sensation in the country, particularly as they were covered in such depth by journalist Vlado Taneski, who seemed to have a unique insight into the mind of the killer.

Taneski’s graphic reports, however, began to rouse suspicion among the investigative team. Then, after he slipped up and included details that had not been released to the public, Taneski was arrested and brought in for questioning.

The police soon discovered a number of startling coincidences. Taneski knew all of the victims, lived close to them, and they all worked as domestic cleaners, incidentally the same work that Taneski’s mother had done. Then, after DNA conclusively linked Taneski to the killings, he was charged with three counts of murder.

But Vlado Taneski had no intention of standing trial. On June 22, 2008, the day after his arrest, he was found dead in his prison cell in Tetovo. He had apparently committed suicide be submerging his head in a bucket of water.