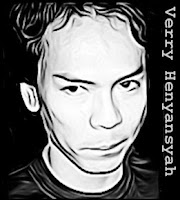 Serial killer and wannabe pop star Verry Idham Henyansyah (also known as Ryan) first came to public attention in Indonesia in 2008, when he was arrested for a series of gruesome murders, 11 in all.

Openly gay, Verry mostly targeted other homosexual men, who he claimed had insulted his sexuality, or otherwise offended him in some way. One wealthy businessman was murdered for offering money and a car to have sex with Verry’s boyfriend, another was murdered because Verry considered him to be too promiscuous. He also killed a woman and her young child, apparently because the woman fell in love with him and wouldn’t leave him alone. Some of the bodies were buried in backyard of his home in Jombang, East Java. Others were dismembered and left at roadsides around Jakarta.

Henyansyah was eventually convicted and sentenced to death. While being held at Jakarta’s Pondok Bambu Penitentiary, he recorded a pop album under the name Ryan. He also wrote his autobiography, The Untold Story of Ryan. In it, he explained the roots of his killing spree. He said that he had been training to be a Koran recital teacher when he was seduced by one of his instructors. He then realized that he was gay, but he came hate the promiscuous lifestyles of other gay men he encountered.

Verry Henyansyah is still being held at Pondok Bambu, while he awaits execution. He has
become a celebrity of sorts, attracting scores of female fans to the prison, despite his homosexuality.