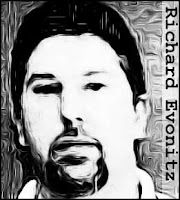 
On the afternoon of September 9, 1996, 16-year-old Sofia Silva disappeared from her home in Spotsylvania County, Virgina. A police search was launched for the teenager, but she remained missing until six weeks later, when her naked body was found in a marsh, some twenty miles away. She had been strangled and was wrapped in a white sheet. Her pubic hair had been shaved off.

Police were still in the midst of investigating Sofia’s murder when sisters Kristin and Kati Lisk, 15 and 12 respectively, went missing. The siblings were found dead five days later, in a river forty miles from their home. As in the case of Sofia Silva, the killer had shaved their pubic hair.

It was obvious that the murders were the work of the same man. All three girls had been abducted at their homes, all had their pubic hair shaved off, all had been strangled or suffocated, and all had been dumped in water. It was therefore no surprise when DNA samples lifted from the victims revealed a common perpetrator. However, hopes of catching the killer diminished when no matching sample was found in the national DNA database. All the police could do was wait until the killer struck again.

On June 24, 2002 a 15-year-old girl was abducted from the streets in Columbia, South Carolina. The kidnapper took his victim back to his apartment, where he raped her several times over the next 18 hours. Eventually, the man dozed off and the girl was able to loosen her bonds and escape. She went directly to the police and later led officers back to the building where she’d been held. By the time they arrived, the kidnapper had already fled.

The owner of the apartment was identified as 38-year-old Richard Evonitz and a major operation was launched to find him. Two days later, he was tracked to Sarasota, Florida, where a terse stand-off ended with Evonitz shooting himself in the head. Subsequent DNA tests proved that he was the killer of Sofia Silva and the Lisk sisters. Evonitz is also believed to be responsible for the 1996 murder of Alicia Reynolds in Culpeper, Virginia, plus several other homicides across the United States.