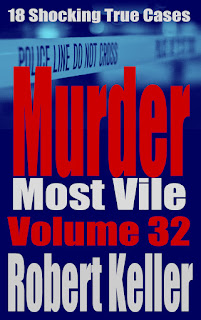 The Man She Thought She Knew: Sheila was growing increasingly suspicious of her husband’s cagey behavior. There are some secrets, you don’t want to know.

Somewhere in Middle America: A troubled teen with suicidal tendencies. He’s checking out of this life. But he’s not going alone.

True Detective: The killer was clever; he was cunning; he was ruthlessly efficient. But he’d met his match in a brilliant detective.

Taken: Three young girls go missing from a small Spanish town in the middle of the night. What happened to them will shock the nation to its very core.

The Devil You Know: Luis was a good friend. He listened, he cared. He was also hiding lustful thoughts about Missy, thoughts that would soon become actions.

Over Your Dead Body: Rose was a sucker for a man in uniform. Unfortunately, her police officer boyfriend comes with baggage - a strange and terrifying family.

A Special Place in Hell: A precious little girl falls into the hands of a monster, the aunt who promised to take care of her and give her a better life.

Read more »
Posted by Robert Keller at 09:49 No comments: