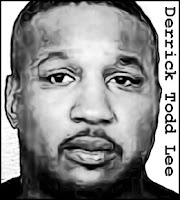 
A ferocious serial killer who plagued the cities of Baton Rouge and Lafayette, Louisiana, Lee murdered at least seven young women over a period of five years. Most of the murders occurred around the Louisiana State University campus, with Lee following his victims, forcing his way into their homes and then raping them before stabbing them to death.

With the city of Baton Rouge existing in a virtual state of siege, suspicion initially fell on a white man, seen driving a pickup truck near the scene of one of the crimes. However, the investigation eventually honed in on Lee, a persistent offender with a lengthy rap sheet for assault and sexual offenses. Before detectives could arrest him, Lee fled the area, running to Atlanta, Georgia, where he  was eventually captured in May 2003.

Lee was tried in August 2004 for the murder of Geralyn DeSoto, found stabbed to death in her home in Addis, Louisiana. DNA evidence linked Lee to the crime, but for some reason  the District Attorney elected to only prosecute Lee for second degree murder, resulting in a sentence of life in prison.

A subsequent trial, for the 2002 rape and murder of LSU graduate student Charlotte Murray Pace, resulted in the death penalty. Derek Todd Lee currently resides on death row at the Louisiana State Penitentiary at Angola.