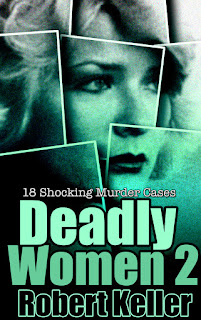 Laurie Bembeneck: Gorgeous ex-cop and playboy bunny who was convicted for the murder of her husband’s former wife and became America’s most infamous fugitive.

Christine & Lea Papin: The Pain sisters were considered the perfect domestic help, until the day they went feral and turned on their employers.

Sylvia Seegrist: Everyone thought Sylvia Seegrist was a harmless kook – until the day she showed up at the mall brandishing an assault rifle.

Mary Wilson: A black widow with a twist, the elderly Wilson did
not kill for money but rather to facilitate her quest for true love.

Andrea Yates: A troubled young woman finds the burden of caring for her five children too much to bear. Her solution to the problem will shock you to the core.

Theresa Cross: How far will a mother go to maintain control over her children? As far as torture? As far as murder?