Karl Denke was well-loved in his hometown of Munsterberg, Germany (now Ziebice, Poland). Known affectionately as “Papa,” Denke was a regular churchgoer who was known to take in vagrants to his home and offer them a meal and a place to sleep for the night. Unbeknownst to the townsfolk, he was also killing and eating them, claiming over 30 victims in four years.

Denke’s murder scheme was finally exposed on December 21, 1924, when a young man staggered into the local police station with blood flowing from a nasty head wound. He claimed that Denke had attacked him with an ax, but the police were reluctant to believe him until Denke admitted to the attack, claiming it was self defense. Denke was asked to spend the night in his cells. The following morning, he was found dead, having somehow managed to hang himself with a handkerchief.

The police then decided to search Denke’s home. What they found there would cast a whole new light on the affable “Papa Denke.” There were cutlets of human flesh in a pot on the stove; two large tubs with human flesh pickled in brine; assorted bones, teeth and pots of fat. All in all police estimated that it amounted to at least thirty victims. These estimates were confirmed when detectives found Denke's ledger, detailing the name, body weight, and date of demise of each of his victims. 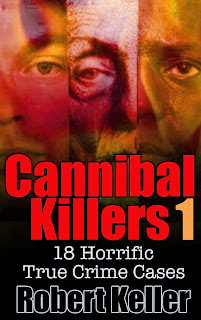