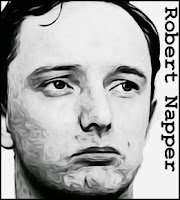 
On July 15, 1992 a horrific murder occurred on Wimbledon Common, London. The victim was a young mother named Rachel Nickell, who had been walking in the park with her two-year-old son when she was attacked and stabbed forty-nine times. When the body was found, the two-year-old was clinging to his mother, begging her to wake up.

A massive police investigation was launched, with hundreds of possible suspects questioned. One of those was a 26-year-old man named Robert Napper who had recently been questioned regarding a spate of assaults on women in the area, over the previous four years. At least 70 women had been savagely attacked by a fiend known only as the “Green Chain Rapist.” Napper’s answers must have satisfied the police, because they let him go.

In November 1993, there was an even more horrendous crime than the Nickel murder. 27-year-old Samantha Bisset lived in a basement apartment in Plumstead, South East London, with her four-year-old daughter, Jazmine. Police were called to the apartment by a neighbor and found Samantha Bisset stabbed to death and severely mutilated. Four-year-old Jazmine was found in another room, suffocated with a pillow. She had also been raped.

Police enquiries into the double homicide led them eventually to Robert Napper. Tried and convicted of the double murder in October 1995, he was remanded indefinitely to the state mental hospital at Broadmoor.

While in custody, Napper was questioned about the Nickell murder but denied responsibility. He continued to protest his innocence until 2008, when DNA evidence linked him unquestionably to the crime. In December 2008, Napper was convicted of the manslaughter of Rachel Nickell on the grounds of diminished responsibility. It is doubtful whether he will ever be released.