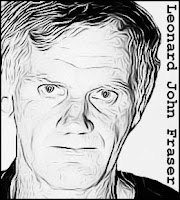 One of Australia's most notorious serial killers, Leonard Fraser was sentenced to life in prison for the rapes and murders of three women and a 9-year-old schoolgirl. However, it is almost certain that he claimed more victims, and the killer suggested as much while serving his prison time.

Although, he'd previously served time for rape, Fraser first achieved notoriety after he snatched 9-year-old Keyra Steinhardt from a Rockhampton street in April 1999. An eyewitness reported the abduction to the police and a frantic search was launched, later finding Keyra's brutalized body in a field. The witness was, however, able to identify Fraser's car and he was arrested soon after.

Fraser was sentenced to life in prison. Once inside, police linked him to four more rape / murders, those of Sylvia Benedetti, 19, Beverly Leggo, 36 and Julie Turner, 39. All of the killings had occurred in the four months prior to Fraser's arrest.

But was that the full extent of Fraser's killing spree? The police believed not, especially after they found an extensive trophy haul in Fraser's home, including braids of hair cut from several unknown women.

Fraser has since been linked to the murders of teenaged hitchhiker Sandy Lawrence and an unidentified Abroriginal girl. As for the rest, we will never know. The convicted murderer died in prison on January 1, 2007, taking his secrets with him to the grave.