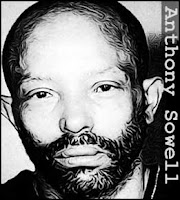 
A native of East Cleveland, Ohio, Anthony Sowell was a former US Marine who served with honor and received various commendations. However, after his discharge from the military, things started to go wrong in Sowell’s life, beginning with his arrest and incarceration for the rape of a pregnant woman in 1989. Sowell served 15 years for that crime, and was released in 2005. Soon after women started to go missing in his neighborhood and neighbors began complaining about the foul smell emanating from his house.

In September 2009, Sowell invited a woman to his home. However, after a few drinks, he punched and choked her, then began raping her as she blacked out. The woman woke to find Sowell passed out on the floor. She escaped by climbing through an upstairs window, and reported the assault to the police.

One week later, on October 29, the police eventually got round to investigating the complaint. Sowell was not home when two officers arrived to question him about the alleged rape. However, the officers could not help but notice the unmistakable reek of death coming from his home. Forcing the front door they soon discovered its source, two rotting corpses on the living room floor.

Sowell was eventually located and arrested two days later. In the interim, crime scene units had gone through his home and located nine more bodies, bringing the death toll to eleven.

After a much delayed trial Anthony Sowell was eventually found guilty of multiple counts of murder. He was sentenced to death and currently awaits execution.