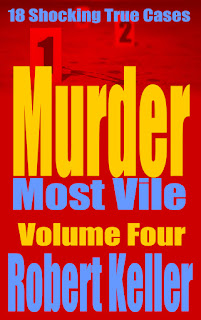 
The Horrendous Death of Kelly Anne Bates: The pathologist counted over 150 injuries to her body, and that wasn’t even the worst of it.

Little Hitler: A Nazi-obsessed cross dresser is stalking the streets of Cleveland, Ohio, gunning down anyone he encounters.

The Woodchipper Murder: Richard Crafts claimed his wife had left him, but he couldn’t explain why he was spotted operating a woodchipper in the middle of the night in the midst of a snowstorm.

The Acid Doctor: A narcissistic doctor exacts a horrendous revenge for his wife’s perceived infidelity.

Ultimate Evil: A deadly pedophile is stalking the children of Maryland and Florida – with the tacit approval of his parents.

See You In Hell: Ronald Gene Simmons comes up with a unique way to rid himself of his family responsibilities – kill ‘em all!

Tainted Love: A mother’s love knows no bounds, not even stopping at incest and murder.

The Affaire Janet Marshall: A crude French laborer with a history of sexual assaults, a pretty English schoolteacher on a cycling holiday. When their paths cross it can only end in tragedy.

Plus 10 more riveting cases....Scroll up to grab a copy. 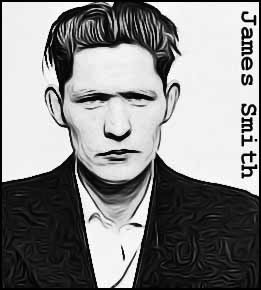 On April 16, 1996, a man walked into a police station in the Gorton area of Manchester, England. He identified himself as James Patterson Smith and said that he wanted to report the accidental drowning of his girlfriend, 17-year-old Kelly Anne Bates. According to Smith, he and Bates had gotten into an argument while she was sitting in the bathtub. Then the altercation had turned physical and in the ensuing struggle Kelly had accidently drowned.

To the experienced detective who took Smith’s statement the story sounded highly improbable. Nonetheless he asked Smith to lead him and other investigators back to his home so that they could examine the body and scene. What they found there turned the stomachs of the most hardened detectives. The pathologist would later describe Kelly’s injuries as “the worst I have ever seen inflicted on a murder victim.”

Kelly Anne Bates was just 14 years old when she met the man who would eventually take her life. He was much older (although how much older would only become evident to her family later). In any case, the teenager kept the relationship secret for over two years. It was only after her 16th birthday that she admitted to her mother that she had an older boyfriend. Margaret Bates was not surprised by the revelation. Kelly had always been a mature girl and tended to hang with an older crowd. But when Margaret eventually got to meet her daughter’s beau, she was stunned to find that Smith was not some immature twenty-something, but a divorcee of 32.

Despite Margaret’s early reservations, Smith soon managed to win her over. He appeared devoted to Kelly, even raising concerns with her parents when Kelly began staying out late at night.

Those concerns, as it turned out, had more to do with Smith’s possessive nature than with any apprehension over Kelly’s wellbeing. In fact, if Kelly’s parents had done a bit of background checking on Smith they would immediately have raised a red flag.

Smith was a teetotaller and non-smoker who was always well groomed and gave off an air of quiet confidence and respectfulness. Yet behind that façade lurked some dark secrets. His ten-year marriage had ended in 1980 over claims of domestic violence. He’d then hooked up with 20-year-old Tina Watson, who had walked out on him in 1982, after he subjected her to a series of severe beatings while she was pregnant with his child. He had also once tried to drown Tina in the bathtub.

Watson had barely departed when Smith seduced 15-year old Wendy Mottershead. She too was subjected to regular beatings and an attempted drowning, this time in the kitchen sink. When Wendy walked out on him, Smith turned his attention to an even younger lover, Kelly Anne Bates, just 14 at the time.

Kelly’s mother, of course, had no idea of Smith’s sordid history. But she did find out something rather alarming about the man. Smith was not 32, as he claimed to be, he was 48, more than 30 years Kelly’s senior. Thereafter, Margaret tried to talk Kelly into leaving the relationship. Kelly would hear none of it.

At around that time, Kelly began spending more and more time at Smith’s home. Often she’d be gone for days without so much as a word to her parents. On the rare occasions that she did show up, Margaret was alarmed at her daughter’s appearance. She’d begun to lose weight and she had stopped caring about her appearance. Even more alarming were the multiple cuts and bruises on her body. On one occasion, Margaret even spotted bite marks. Yet Kelly denied that Smith had caused these injuries. She claimed they were the result of various accidents. Despite Margaret’s pleas, she refused to leave Smith.

In October 1995, Kelly did briefly walk out on Smith after another of their frequent arguments. But it wasn’t long before she was back living at his home on Furnival Road, Gorton. Thereafter she became increasingly withdrawn and resigned from her part-time job. In March 1996, her parents received birthday and anniversary cards, purportedly from Kelly, although it was clear Smith had written them. When Kelly’s brother tried to visit her, Smith said that she wasn’t home. In April, a neighbor reported seeing Kelly at an upstairs window. It would be the last time anyone other than Smith saw her alive. Two weeks later, James Smith made his fateful trip to the police station to report Kelly’s death.

It was immediately clear to the investigating officers that Kelly Bates had not died as the result of a drowning accident. The emaciated corpse in the bathtub would later be autopsied and would prove to have 150 separate injury sites. She had been beaten, burned with a hot iron, stabbed with knives, forks and scissors; her kneecaps and both of her hands had been crushed; there were mutilations to her ears, nose, eyebrows, mouth, lips and genitalia; she had been partially scalped. In addition, she was severely malnourished due to being deliberately starved. It would also become evident that she’d been given no water in the days leading up to her death. Most horrifically of all, her eyes had been gouged from her head. This had been done while she was still alive. The pathologist would later estimate that Kelly had been deliberately blinded between five days and three weeks before her death.

It was estimated that the torture had been carried out over a period of four weeks, during which time Kelly was held captive in the house, sometimes tied to a chair and at other times to a radiator. Finally, Kelly was battered unconscious with a shower head before being lowered into the bathtub and drowned. Death, when it came, must have been a relief.

James Smith was immediately arrested but despite the horrific evidence of torture he offered up any number of pathetic excuses for Kelly’s condition. He claimed that Kelly had “put me through hell winding me up.” He also said that Kelly had “taunted him” about his dead mother. Then he offered the quite ludicrous explanation that Kelly had deliberately hurt herself in order to make him look bad. Asked why he had blinded, stabbed and battered Kelly, he said that she had challenged him to do it.

James Patterson Smith appeared at the Manchester Crown Court in November 1997, charged with the murder of Kelly Anne Smith. Given the evidence, there was never any chance of an acquittal. So it proved. It took the jury less than an hour to find him guilty.  The judge then sentenced him to life in prison, with the stipulation that he must serve at least 20 years before becoming eligible for parole. In the aftermath of the trial, several jurors had to undergo professional counseling due to the graphic crime scene photos they’d had to view.