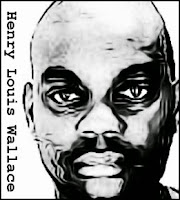 
Serial killers tend to target strangers, but Henry Louis Wallace is unique in that he targeted women who were known to him, claiming ten victims in Charlotte, North Carolina between 1990 and 1994.

A promising young student and Navy recruit, Wallace initially turned to crime to support his drug habit. He was a suspect in countless burglaries in Seattle during his military service and was eventually arrested for breaking and entering in 1988. That earned him two years probation and a discharge from the Navy. However it offered only a foretaste of what was to come.

In early 1990, Wallace murdered Tashonda Bethea, dumping her body in a lake. As an acquaintance of the victim, he was questioned about the murder but never considered a serious suspect. Emboldened by this, he committed another murder in May 1992, beating Sharon Nance to death. He then strangled another friend, Caroline Love, in her apartment, then dumped her body in a wooded area. On February 19, 1993, he murdered Shawna Hawk, later attending her funeral.

On June 22, he killed coworker Audrey Spain. Just weeks later, on August 10, 1993, he murdered Valencia Jumper, then set her on fire to cover up his crime.  A month later, in September 1993, he stabbed and strangled college student Michelle Stinson, killing her in front of her oldest son.

February 20, 1994 brought another murder as Wallace killed Vanessa Mack in her apartment.
On March 8, 1994, Wallace robbed and strangled Betty Jean Baucom, before stealing and pawning her valuables. That same night, he killed Brandi June Henderson, the girlfriend of one of his friends.

With the community in uproar, the police beefed up patrols but couldn’t stop Wallace committing one last murder - on March 12, 1994 he strangled and stabbed Deborah Ann Slaughter to death. The following day, he was in police custody.

Wallace was arrested on March 13, 1994 and confessed under interrogation to ten murders. Found guilty at trial, he was sentenced to death. He currently awaits execution.