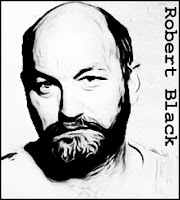 
Known as “Smelly Bob” due to his poor personal hygiene, Robert Black is one of the UK’s most notorious child killers. Adopted as a child, he developed disciplinary problems early in life leading up to his first attempt at rape at the age of just 12. By then he was already obsessed with young girls, an obsession that would lead to his first arrest, for ‘lewd and libidinous,’ behaviour when he was 17.

But that was only the start. On July 30, 1982, 11-year-old Susan Maxwell was abducted from the village of Cornhill on the English/Scottish border. Black then raped and strangled the little girl, eventually dumping her body 250 miles away in central England (he was working as a delivery driver at the time).

On the evening of July 8, 1983, Black claimed a second victim. Five-year-old Caroline Hogg was adducted near her home in Edinburgh, Scotland. She was found 10 days later in a ditch in Leicestershire, some 300 miles away. Thereafter, Black somehow managed to keep his carnal desires at bay for three years, until March 26, 1986, when he murdered 10-year-old Sarah Harper.

Black was eventually arrested on July 14, 1990, while trying to kidnap another little girl. Found guilty of three murders on May 19, 1994, he was sentenced to life in prison. He will be eligible for parole in 2029, by which time he will be 82 years old. He is the primary suspect in several other child murders.