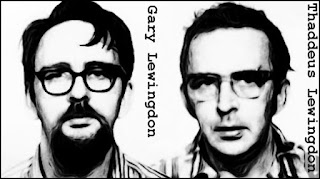 Known as the .22 Caliber Killers, this deadly pair of siblings terrorized central Ohio in 1977-78, shooting to death 10 victims in a series of apparently motiveless attacks.

The first murders occurred on December 10, 1977, when Joyce Vermillion, 37, and Karen Dodrill, 33, were gunned down outside a cafe in Newark, Ohio. Then, in February 1978, Robert McCann, 52; his mother, Dorothy, 74; and his girlfriend, Christine Herdman, 26 were shot to death at McCann’s home. Shell casings found at the scene linked the killings to the earlier double homicide but got State investigators no closer to solving the case.

Three more people were shot to death in April and May, before Thaddeus Lewingdon told his brother that he wanted out. Unperturbed, Gary carried on the murder spree on his own, gunning down 56-year-old Joseph Annick in his East Side garage on December 4, 1978.

On December 9, 1978, Lewingdon tried to use Annick’s credit card at a Columbus discount store and was arrested. Once in custody, he confessed to 10 murders, implicating his brother in all but one of them.

The brothers were sentenced to life in prison, where both later died, Thaddeus of lung cancer in 1989, and Gary of heart failure in 2004.