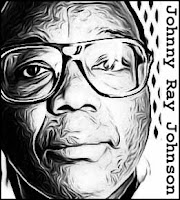 A brutal rapist, Johnny Ray Johnson graduated to murder in 1994, when he beat 41-year-old Leah Smith to death during an argument over payment for drugs. Smith had agreed to have sex with Johnson in exchange for some of his crack cocaine. However, after smoking the drugs, she reneged on her part of the deal. Johnson then became angry and beat her into submission before raping her. When she threatened to go to the police, he stomped on her head and left her to die in an alley.

After that murder, Johnson fled to Houston, where he found work as a taxi driver. He must have found murder to his taste because he repeated the act at least twice in Houston. On these occasions, he beat and strangled the women even though they agreed to have sex with him. He also raped and severely beat several other women, who were fortunate to escape with their lives.

Finally, in May 1995, one of his victims found the courage to go to the police. Identified via a photo array, Johnson was picked up and brought in for questioning. Under interrogation, he admitted to three murders and numerous violent sexual assaults.

Johnson was eventually convicted of Leah Smith’s murder and sentenced to death. He was executed by lethal injection in Texas on February 12, 2009.