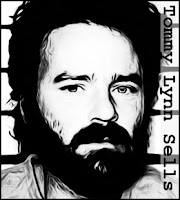 
A particularly vicious psychopath, Tommy Lynn Sells traveled the country for almost two decades, committing murder wherever he stopped. He had a particular fondness for attacking children or sometimes even wiping out whole families. One example of this latter propensity was the horrendous quadruple slaying of the Dardeen family in Ida, Illinois, on November 18, 1987.

Sells had befriended the family and had been invited for a meal at their mobile home. He thanked them for their hospitality by shooting Russell Dardeen in the head, then beating his wife, Ruby, and their three-year-old son to death with a baseball bat. Ruby Dardeen was heavily pregnant at the time and the trauma caused her to go into labor, giving birth to a girl, two months premature. Sells then turned the bat on the newborn and beat her to death also.

Sells would eventually be convicted of another brutal murder, that of 13-year-old Kaylene Harris in Del Rio, Texas on December 31, 1999. After breaking into the Harris home, Sells tried to rape Kaylene. When she resisted, he cut he throat. He then did the same to 10-year-old Krystal Surles, a friend who was sleeping over. Krystal, however, survived and was able to alert a neighbor who called the police.

Convicted of the Harris murder Tommy Lynn Sells was sentenced to death. He was executed by lethal injection on April 3, 2014.