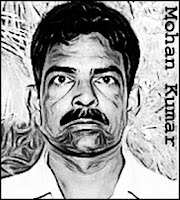 
Mohan Kumar is one of India’s most prolific serial killers, a deadly Bluebeard killer who lured over 20 innocent women to their deaths.

The married, 45-year-old schoolteacher had a simple, but highly effective methodology. Kumar would cruise the markets of Mangalore district looking for victims. If he spotted a woman he liked, he’d approach her and strike up a conversation. If that went well, he’d suggest another meeting. After a couple of such trysts, he’d propose marriage and persuade the girl to elope with him. He’d then arrange a meeting for the next day, instructing the woman to bring along all her money and jewelry.

The following day, Kumar would take the woman to a local temple and a sham wedding would take place. That night they’d go to a lodge where the union would be consummated. The next morning, Kumar would say he had business to attend to and would leave, taking the woman’s valuables with him “for safe keeping.” He'd arrange to meet up with her later, but before leaving he’d slip her a pill, to be taken to avoid pregnancy.

The pill, of course, contained cyanide, and the woman would be dead within minutes of swallowing it. Yet even after several poisoned woman were found, no suspicion was aroused. The deaths were thought to be suicides. It was only after the families of the victims put pressure on the police that they deemed to investigate.

The trail led eventually to Mohan Kumar and he was arrested on October 21, 2009. Eventually found guilty of three murders, he was sentenced to death.