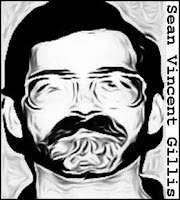 
A particularly depraved killer, Sean Vincent Gillis preyed on Baton Rouge, Louisiana women at a time when another serial killer, Derrick Todd Lee, was also operational there. But while Lee usually stuck to the same M.O., Gillis liked to experiment. His eight victims were killed by a variety of means, including bludgeoning, strangulation, stabbing and even running down one victim with his car. He also liked to keep body parts as trophies, sometimes using them as sex toys.

Another point of difference was that Derrick Todd Lee's murders provoked outrage in Louisiana, while Gillis went almost unnoticed. This had a lot to do with victims' profile. Lee targeted pretty young students, most of them white. Gillis by contrast preyed mostly on prostitutes, many of them black. It was only after he murdered a wealthy white woman that the hunt to find him was stepped up.

Gillis was eventually linked to the crimes by DNA evidence. He admitted to eight murders and was sentenced to life in prison in August 2007.