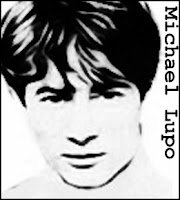 
A native of Italy, Michael Lupo was a former choir boy, who went on to serve in an elite special forces unit of the Italian army. After his military service, he moved to London, and set up a highly successful hairdressing salon. By then he was openly gay and extraordinarily promiscuous, boasting of over 4,000 male lovers. But that lifestyle came at a price and in March 1986, Lupo was diagnosed with AIDS. The diagnoses brought about a change in his personality, leaving him bitter and angry. Eventually, he decided to take out his revenge on the gay community.

At least four men would pay the price for Michael Lupo’s rage. On March 15, 1986, 37-year-old James Burns was found dead in a London basement, slashed with a razor, sodomized and smeared with feces, his tongue bitten off in a frenzied attack. Three weeks later, on the April 5, Anthony Connolly was found dead in a near carbon-copy of the Burns murder. Three days later, Lupo murdered an elderly tramp who asked him for money. The following day, he attacked Mark Leyland after coaxing him into a toilet at Charing Cross station for sex.

Leyland, however, managed to escape. He reported the incident, but police had not yet apprehended his attacker when Damien McCluskey was found dead on April 24, 1986. He had been strangled, raped, and mutilated with a razor.

Lupo was eventually arrested after another botched attack on a gay man on the night of May 7. Convicted at his July 1987 trial, Lupo received four life sentences. He died in prison from AIDS related illnesses in February 1995.