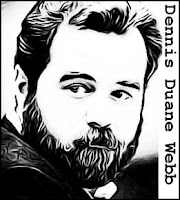 
A drifter from northeast Texas, Denis Duane Webb committed his first murder in 1973, gunning down a gay man because, as he later confessed, “I don't like homosexuals.”

A year later, Webb shot and killed a random black man as part of his initiation into a motorcycle gang. He later shot to death two homeowners, who interrupted him during the course of burglaries.

The law eventually caught up with Webb in Utah in 1981, when he was convicted of robbery and aggravated kidnapping and sent to prison for five and a half years. Paroled in December 1986, Webb waited just two months before killing again. On February 5, 1987, he invaded the home of John and Lori Rainwater, in Atascadero, California, tied them both up and then raped Lori. Afterwards, he shot both of them to death, although he inexplicably spared the couple’s two young children.

Webb was arrested for the double homicide soon after and went on trial in June 1988. He asked for the death penalty and the jury was happy to oblige him. He is currently an inmate on California’s death row at San Quentin.