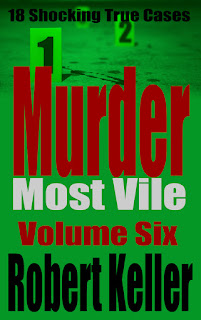 Death by Antifreeze: Two police officers die under mysterious circumstances. The common denominator? A femme fatale with a liking for Jell-O.

Bloodsucker: A vampire-obsessed teenager on a quest for immortality commits a breathtakingly horrendous murder.

Over The Edge: A car plummets down a mountainside, leaving one occupant dead and the other barely scratched. Is it murder or a tragic accident?

Death At The Y: A savage decapitation murder pitches police into a race against time. Can they stop the monster before he kills again?

Cold As Ice: Hell hath no fury like an ice cream lady with a gun and a chainsaw!

Have Death, Will Travel: Two deadly miscreants hook up for a road trip that spells doom for 17 innocent people.

Bomber: A warped genius has a warning for those who he believes are destroying the planet… “You’re next!”

The Man In the Attic : A remarkable tale of sex, obsession and murder from 1920’s Los Angeles.

Plus 10 more riveting cases....Click here to grab a copy. 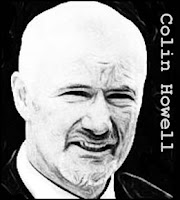 Colin Howell was a respected pillar of the community in the city of Coleraine, Northern Ireland. A dentist by profession, Howell was deeply religious, a father of six and a devoted husband to his wife Leslie. At least that was how it appeared on the surface. In reality, Howell was a serial philanderer, who routinely molested his dental patients while they were under sedation, and was currently involved in a torrid affair with a fellow church member. Like Howell, Hazel Buchanan was married, in her case to Royal Ulster Constabulary officer, Trevor. She was also the mother of two young children.

The affair between Colin and Hazel appears to have been an open secret amongst the church congregation. The only ones who didn’t know about it were apparently their spouses, Leslie and Trevor. But then Leslie did find out and she took it badly. She became deeply depressed and began drinking heavily and taking prescription drugs. In an effort to placate her, Colin swore that he’d break it off with Hazel. And he did, at least for a couple of weeks. Then the affair was on again, as hot and as heavy as before.

No one knows when Colin Howell first cooked up his diabolical scheme to rid himself of an unwanted wife and at the same time free his lover from her marital obligations. That he thought about it for some time is obvious given the meticulous nature of the crime, the level of planning that went into it. What we do know is that on the evening of Saturday, May 18, 1991, Howell arrived home to find his wife passed out on the couch. She had been drinking heavily again, and popping pills, in part due to her distress over the affair, in part due to the death of her father twelve days earlier. Whatever the reason, her semi-comatose state offered Howell the ideal opportunity to follow through with the plan he’d been hatching.

Walking quickly to the garage, Howell picked up a device that he’d constructed days before by cutting a baby's feeding bottle in half. The wide end of this contraption was forced over the exhaust pipe of his wife’s Renault Savanna. Into the narrow end, he inserted a length of hosepipe, which he ran across a utility room, across the kitchen and into the living room where his wife was sleeping, a distance of some 25 feet. After positioning the hose just inches from Leslie’s face, he returned to the garage where he turned on the car’s engine. He then stood in the doorway and waited for the deadly fumes to take effect.
Despite her inebriated state, however, the fumes got Leslie coughing and she woke. Fearful of his plan going awry, Howell then rushed forward and held his wife down, forcing the hose into her face. In her final moments, when she must surely have known that she was about to die, Leslie called out the name of her six-year-old son Matthew, asleep in his bedroom just yards away.

Howell staggered from the living room to the garage to turn off the car’s engine. He took in a couple of deep breaths to clear his lungs of the carbon monoxide he’d ingested during the struggle. Then he walked back to the living room and placed his ear against Leslie’s chest to ascertain that she was dead. Phase one of his plan had gone off without a hitch. Phase two was likely to be more difficult.
Leslie had died dressed only in pajamas and a dressing gown, but Howell’s plan required that she be fully dressed. He therefore dressed her in jeans and a T-shirt and then carried her to the garage. There, he placed her in the trunk of the Renault, drawing a blanket over her head, then placing his bicycle on top of the body. Having done that, he drove to Charnwood Park, on the other side of Coleraine. This was where his lover lived. This was where the second part of his plan needed to be carried out.

Trevor Buchanan was asleep when Howell arrived at the Buchanan residence. Hazel, however, was up and waiting for her lover. She opened the garage door, allowing Howell to pull his car in. He then got quickly to work, fixing his contraption to the exhaust pipe, pulling the length of garden hose through the house so that it was just inches from Trevor’s face, getting the car running.

But Trevor wasn’t going to go as easily as Leslie. He woke to find Howell standing just outside the bedroom door. As Trevor tried to rise, Howell rushed forward to subdue him and a life and death struggle ensued. As a trained police officer, Trevor would probably have won, but his arms were trapped under the duvet, giving Howell the upper hand. He pinned Trevor under his body, covered his head with the duvet and held him there as the gas took effect and his struggles weakened.

Dizzy with the fumes he’d inhaled, Howell ran out into the garden, to catch his breath. When he returned, he and Hazel dressed Trevor and carried his body to the Renault. Howell then drove towards Castlerock, where Leslie’s father, Harry Clarke, had lived at no. 6 Cliff Terrace until his recent death. Before reaching the seaside village, Howell stopped to unload his bicycle, leaving it on a grass verge beside the road. That accomplished he drove on to his late father-in-law’s home to carry out the final phase of his plan.

Harry Clarke had a small garage at the back of the house. Howell reversed the Renault in and then pulled on a pair of plastic surgical gloves. He lifted Trevor's body from the trunk and placed it in the driver's seat, leaving the door open. Lesley was left in the trunk, with pictures of her children scattered around her.  Her personal stereo system was placed in her hand, the headset over her ears, to make it appear that she had been listening to music as she died. Howell selected a gospel album and pressed play.

Finally, Howell ran a length of vacuum hose from the exhaust pipe into the trunk. Then, he switched on the car’s ignition and left. Half a mile down the road he collected his bicycle and peddled home. The entire murder plot had been carried out in four hours.

The following morning, an apparently concerned Howell phoned the police to report his wife missing. He was worried he said, because she’d driven away from the family home in the middle of the night in an intoxicated state. He then phoned one of the elders at his church, Jim Flanagan, and asked him to go to no. 6 Cliff Terrace, to check if Leslie had perhaps spent the night at her father’s house. Flanagan did what he was asked but did not check the garage and therefore found nothing untoward. Later, he returned with another church member, a police officer named David Green. It was then that they found the bodies in the car.

Questioned by detectives after the discovery, Howell said that his wife and Trevor Buchanan had both been struggling to cope with the affair between him and Hazel. This was verified by the pastor of the Coleraine Baptist Church, John Hansford, who confirmed to the police that he’d been counseling both couples over their marital problems. Howell also claimed that on the night before the bodies were found Trevor Buchanan had come to his house and the pair of them had been involved in an altercation, during which Buchanan struck him. He went on to say that his wife had been asleep on the sofa when he had gone to bed, but had been gone in the morning, leaving an emotional note at the house.

The evidence in the case appeared clear cut. Two jilted spouses, distraught over the infidelity of their loved ones, had decided to take their own lives. Trevor Buchanan’s family had difficulty accepting this, insisting that he was not the suicidal type. But here Howell’s deviousness came to the fore. By leaving the driver’s door open, and aligning the body in such a way that it appeared Trevor was trying to exit the vehicle when he died, Howell had managed to allay some of those doubts. It inferred that Trevor had had second thoughts at the last moment and had tried to leave the vehicle, only to be overcome by the fumes. It was, in any case, enough to convince the coroner’s inquest. The deaths were ruled a tragic double suicide.

Howell was now free to start a new life with Hazel Buchanan. And the deal was sweetened by a substantial payout from his wife’s estate. He was left £212,446 in Leslie’s will, while an additional £27,000 from her father’s estate also passed to him. Insurance payouts amounted to £120,000, while there was also an endowment policy worth £54,635. All in all Howell profited handsomely from his wife’s death. He was able to clear up all his debt and to invest in his previously struggling dental practice. Business began to flourish.

But the same could not be said for his relationship with Hazel Buchanan. Within two years, the couple had split up. Both would eventually remarry. Other things began to go wrong in Howell’s life too. His son Matthew (who Leslie had called out to in her dying moments) died in a car crash in Russia in 2007. Then Howell invested £353,000 in a crackpot scheme to recover gold supposedly hidden by the Japanese in the Philippines during World War Two. It turned out to be a scam, and relieved Howell of his ill-gotten gains.

Yet even the loss of his fortune was not the worst of it for Howell. He was plagued by conscience over the double murder, driven to the point where he felt he had to talk to somebody about it. In the late 1990’s he told his new wife Kyle about the murders but the couple decided that going to the police with a confession would not benefit anyone. Then, in January 2009, Howell decided to speak to someone else, an elder at his church. The man urged Howell to go to the police.

On January 19, 2009, Colin Howell walked into a Coleraine police station and told the whole tragic tale to astonished detectives. He was subsequently sentenced to life in prison, with a minimum of 21 years to be served before he becomes eligible for parole. Despite her protestations of innocence, Hazel Buchanan was also arrested and put on trial. She too was sentenced to life in prison.


Don’t have a Kindle? No problem. Download Amazon’s free Kindle reader here for PC or Mac
Posted by Robert Keller at 00:28