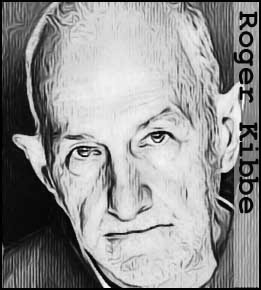 
On the face of it, Roger Kibbe makes an unlikely serial killer. A hen-pecked husband who turned to murder at the relatively late age of 37, Kibbe had a long police record but had never resorted to violence until he began stalking California’s I-5 highway.

His first victim, Lou Ellen Burleigh, was murdered on September 11, 1977. Afterwards, Kibbe took a long hiatus (a behavior common among serial killers after their first kill) before returning with a vengeance in 1986, claiming five victims in just seven months.

Kibbe’s M.O. was to stalk the freeways south of Sacramento looking for female motorists who might be stranded with car trouble. He’d stop and offer to help, but instead he’d abduct the woman, drive her to a remote location then rape and strangle her. As the body count mounted, detectives honed in on Kibbe as their main suspect. However, there was scant evidence until the police discovered microscopic fibers on one of the victims. These were found to be from a parachute cable, and linked Kibbe (a keen skydiver) to the crimes.

Under intense interrogation Kibbe cracked and admitted that he was the “I-5 Killer.” At trial, he pleaded guilty in order to avoid the death penalty. He was sentenced to six consecutive life terms on November 4, 2009. Police consider him the prime suspect in several other murders.