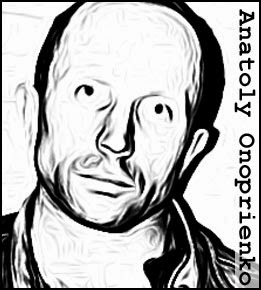 
A serial killer so brutal he was known as “The Terminator,” Anatoly Onoprienko wiped out 52 people during a series of home invasion murders between 1989 and 1996. Onoprienko targeted isolated homesteads, entering under cover of darkness and then slaughtering the entire family. He usually dispatched any adult male with a gun, then axed and bludgeoned the women and children to death. No one, not even newborn babies, escaped his murderous rampages. Often he’d set the house alight before fleeing. He would also murder anyone unfortunate enough to be in his path as he made his escape.

The first victims were a family of four in Bratkovychi, slaughtered in their beds. Not long after, he murdered a family of five in the same village. Two witnesses to the crime were also gunned down. Then, as police flooded into the area, he shifted his killing field to other towns and villages.

The killings caused widespread panic, so much so that the Ukrainian authorities were forced to bring in the army to help in the search for the killer. Onoprienko was eventually captured at the home of his girlfriend on April 16, 1996, after a family member reported his suspicious behavior to the police. In his possession were found an arsenal of weapons, as well as items stolen from his victims. He had by then killed 52 people,  43 of them in the last six months of his rampage.

Sentenced to death in April 1999, his punishment was later commuted to life imprisonment. He died in prison on August 27, 2013.