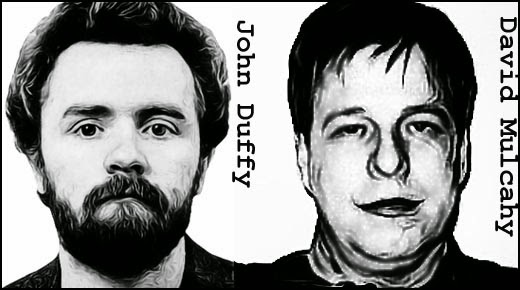 Starting in 1982, the area near Hampstead railway station in London, England was plagued by a series of brutal sex attacks on women. The perpetrators were two men, but despite a massive operation the police were unable to catch them. Then, on December 29 1985, the rapists graduated to murder when 19-year-old Alison Day was abducted from a train at Hackney Wick station, repeatedly raped, and then strangled to death.

On April 17, 1986, the Railway Killers struck again when they pulled 15-year-old Maartje Tamboezer from her bicycle on a bike path in West Horsley. Maartje was raped and strangled and her body was set on fire. Just a month later on May 18, 1986, local TV presenter Anne Locke, 29, was abducted and murdered near the Brookmans Park train station in Hertfordshire.

With a strong police presence now watching the rail network in the area, the killers lay low for a while. Then, on November 7, 1986, the police made a breakthrough when they arrested a man named John Duffy who was spotted stalking women at a railway station. Under interrogation, Duffy admitted to the rapes and murders, although he insisted that he had acted alone.

Duffy went on trial in February 1988 and was convicted of two murders and four rapes. He was sentenced to life in prison. Following his conviction, he admitted to a prison psychologist what the police knew already - that he had an accomplice. However, he did not give up the man’s name until 1997 when he implicated David Mulcahy, a lifelong friend.

Mulcahy was eventually arrested when DNA evidence linked him to the rapes and murders. He was sentenced to three life terms.