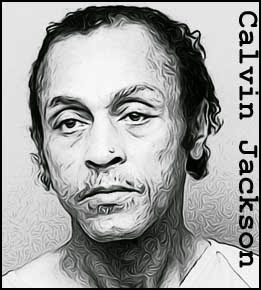 
Despite it's grand name, the Park Plaza Hotel was a dive occupied mainly by financially strapped widows. But in 1973, the derelict hotel would acquire an even more unsavory reputation when it became the hunting ground of a small-time crook turned serial killer. His name was Calvin Jackson and he was one of the most heinous killers in New York’s long criminal history.

The first to die at Jackson’s hands was Theresa Jordan, 39, found strangled to death in her room on April, 10, 1973. Two months later, Kate Lewisohn, 65, was found strangled and bludgeoned. Like Theresa Jordan, she’d also been raped. The next victim was Mable Hartmeyer, discovered on April 24, 1974. Just days later Yeria Vishnefsky, 79, was found tied up with a stocking, a butcher knife protruding from her back. On June 8, Winifred Miller, 47, was killed. Eleven days after, Blanche Vincent, 71, was found suffocated to death.

Yet despite this spate of killings in the same building, the police response was tepid at best. And the killer wasn’t done yet. 69-year-old Martha Carpenter was murdered on July 1. On August 30, Eleanor Platt, 64, was found suffocated to death. It was only once the killer changed his pattern that he was eventually caught.

On September 17, 59-year-old Pauline Spanierman was strangled to death in a building one block away from the Park Plaza. A search of the building turned up her television in a room rented by a man named Calvin Jackson. It turned out that Jackson worked at the Park Plaza as a janitor and it didn’t take much of a stretch to link him to those murders.

In custody, Jackson quickly confessed to the spate of homocides. He was eventually convicted and sentenced to eighteen consecutive life terms.