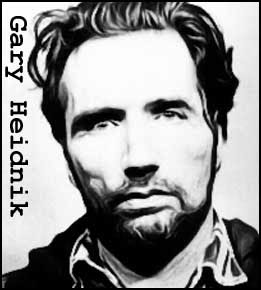 
By some definitions, Gary Heidnik would not be classified as a serial killer. He claimed only two known victims, yet the cruel inhumanity of his crimes leaves us in no doubt that many more would have died at his hands had he not been captured.

Heidnik is a very odd killer indeed. The former soldier was a stock market genius who amassed a fortune from a stake of just $1000. He also founded his own church, declaring himself “Bishop.” But Heidnik’s real dream was to father children and to achieve this he abducted five women and held them as sex slaves in the basement of his Philadelphia home. The captives were raped, beaten and tortured. They were fed dog food and even forced to indulge in cannibalism of Sandra Lindsay, one of the captives who died due to mistreatment.

Heidnik demanded absolute compliance from his captives. If any of them disobeyed him, she was forced into a four-foot-deep, water-filled pit. Boards would be placed over the pit and weighed down with stones. Heidnik would then pass an electrical cable through a gap in the boards in order to shock the victim. It was while inflicting this torture that Deborah Dudley was electrocuted after the live wire came into contact with her handcuffs.

With his “harem” now reduced to three, Heidnik decided to replenish, recruiting one of his captives, Agnes Adams, to help. Adams had won his trust by pretending to go along with his perversions and Heidnik was so convinced of her loyalty that he even allowed her a “furlong” to visit her family. Instead, she went to the police.

Arrested on March 24, 1987, Heidnik was eventually convicted of two counts of murder. He was sentenced to death, that sentence carried out by lethal injection on July 6, 1999.