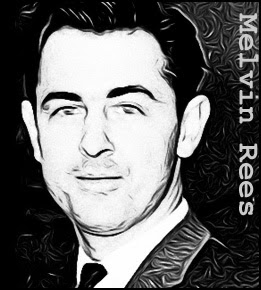 
On January 11, 1959, the Jackson family - Carroll Jackson, his wife Mildred, and their two daughters, Susan, aged four, and Janet, aged 18 months - was driving to their home in Apple Grove, Virginia when they disappeared. Their car was found abandoned at the side of the road, but of the family there was no trace.

A massive search was launched but it would be two months before the decomposing bodies of Carroll Jackson and 18-month-old Janet were found in a ditch. Carroll had been shot in the back of the head, while Janet had been thrown into the ditch alive and had suffocated under her father’s body. Two weeks later, on March 21, the bodies of Mildred and four-year-old Susan were discovered in a forest near Fredericksburg. Mrs Jackson had been strangled, the four-year-old bludgeoned to death. Both showed signs of torture and sexual assault.

Evidence found at the scene linked the crime to the 1957 murder of Margaret Herold near Annapolis, Maryland. Herold and her boyfriend had been driving when another car had forced them off the road. The boyfriend had been shot but had managed to escape. Herold had been raped and murdered.

A year after the murders of the Jackson family, the police received an anonymous tip-off naming their killer as a jazz musician named Melvin Rees. Tracked to West Memphis, Arkansas, Rees was taken into custody. After Margaret Herold’s boyfriend identified him as her killer, the police raided Rees’ home and found a .38 revolver and handwritten notes describing the Jackson murders.

Rees was eventually tried, found guilty and sentenced to death. That sentence was later commuted to life in prison, where he died in 1995. Investigators believe that he was also responsible for the brutal murders of at least four more young women, a killing spree that led the media to dub Rees the “Sex Beast.”