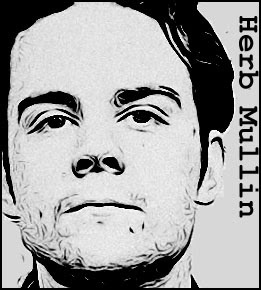 
Born in Salinas, California, in April 1947, Herb Mullin grew up as a relatively normal boy who was voted “most likely to succeed” by his high school class. However, the death of his best friend in a car crash in June 1965, caused a startling shift in his behavior. He built a shrine to the boy, became obsessed with Eastern religions, and began displaying symptoms of paranoid schizophrenia.

Eventually, his family admitted him to a psychiatric hospital, but Mullin refused to cooperate with doctors and was released after 6 weeks. Thereafter he began taking copious amounts of LSD and marijuana, further exacerbating his symptoms. He shaved his hair, started burning himself with cigarettes and started talking about an earthquake that was going to destroy California. By September 1972, he was hearing voices commanding him to kill.

On October 13, 1972, while driving in the Santa Cruz mountains, Mullin spotted a transient named Lawrence White. Pulling his car to the side of the road, Mullin got out and beat the old man to death with a baseball bat.

Eleven days later, Mullin picked up coed Mary Guilfoyle, stabbed her in the heart, then disemboweled her, scattering her organs on the shoulder of a country road. On November 2, Mullin entered St. Mary's Catholic Church, and stabbed the priest, Father Henry Tome, to death.

On January 25, 1973, Mullin visited an old school friend, Jim Gianera. He shot Gianera to death, then butchered his wife with a hunting knife. Moving on from there, he went to the home of Kathy Francis, wife of another associate. Francis and her two young sons were forced to lay down on a bed and were then shot.

On February 6, Mullin was hiking in a state park when he encountered four teenaged campers.  Drawing his gun, he shot all four boys to death before they had a chance to flee. A week later, Mullin claimed his final victim, shooting 72-year-old Fred Perez while the old man was working in his garden.  This time, though, there was a witness who passed Mullin’s license plate number on to the police. Mullin was pulled over by a patrolman and arrested a short while later.

In custody, Mullin admitted freely to his crimes, although he claimed that he had carried them out in order to prevent a catastrophic earthquake from destroying California. The jury was unimpressed.  Convicted of 10 murders, Mullin was sentenced to life imprisonment.