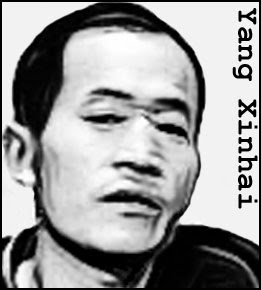 Yang Xinhai is China’s most prolific serial killer, a brutal home invader who bludgeoned to death an astonishing total of 67 people between 2001 and 2003. The motive, he’d later claim, was revenge against society after his girlfriend dumped him.

Yang displayed some of the classic signs of serial killer behavior early on in life. As a child he’d spend hours doodling away in a notebook. When a relative sneaked a peak at his work, she was horrified to find that the book contained drawings and writings about murder and mutilation.

A promising student when he was younger, Yang lost interest in his studies at high school and dropped out. Thereafter, he began traveling from town to town, looking for work as a laborer. He also started committing crimes, graduating from petty theft to burglary to rape and eventually to murder.

Yang’s M.O. seldom varied. He targeted isolated farmhouses, entering at night and killing everyone inside, men, women and children. His instruments of death included axes, meat cleavers, hammers, and shovels. Often, he raped the female victims.

Xinhai was eventually captured during a routine police sweep of nightclubs in Canzhou, Heibei Province. Found guilty of murder after a trial that lasted less than an hour, he was sentenced to death. He was executed by a bullet to the back of the head on February 14, 2004.


Read the full, horrific story of Yang Xinhai, plus 29 more classic cases of serial murder from around the world in Human Monsters Volume 4. Available now on Amazon.