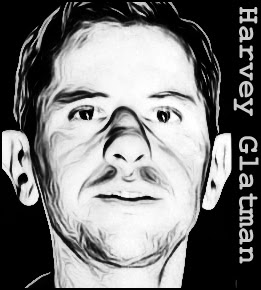 
Harvey Glatman, who would later attain lasting infamy as the Glamor Girl Slayer, showed signs of his perverted psychology early in life. As a four-year-old he was caught indulging in auto-erotic asphyxiation; as a teen, he became a compulsive Peeping Tom; as a young adult, he threatened a girl with a fake gun and forced her to undress. That latest offence resulted in a warrant being issued and Glatman fled his home in Yonkers for upstate New York. In Albany, he committed a number of burglaries and assaults on women, leading to his eventual arrest.

Found guilty of burglary, Glatman served prison time before being released in 1951, whereupon he moved to Denver, Colorado to live with his parents. He remained there only a short while before moving to Los Angeles, where he found work as a TV repairman.

Despite his obsession with sex, Glatman was terrified of approaching a woman and was still a virgin into his late twenties. He channeled his sexual desires in another way, developing an interest in photography and hiring women to pose for him.

Thus it was that on July 30, 1957, Glatman arrived at the home of Judy Ann Dull, a 19-year-old model and aspiring actress. Glatman told Judy that the photo shoot was for the cover of a detective magazine and under that pretext she allowed herself to be bound and gagged. Glatman then raped the woman several times before driving her out to the desert,  125 miles east to Indio. There he took more photographs before strangling Judy with a rope and burying her in a shallow grave.

Glatman found his second victim, Shirley Bridgeford, through a dating agency. On April 8, 1958, he drove with her into the desert east of San Diego. There he attacked the woman, tied her up and took explicit photographs before strangling her. This time, he didn’t even bother burying the corpse. Less that three months later, Glatman struck again, killing model and part-time stripper Ruth Mercado.

But Glatman’s murder spree was about to come to an end. On October 31, 1958, he hired a woman named Loraine Vigil for a photo shoot. However, when Glatman produced a gun and ordered Lorraine to strip, she fought back, jumped from the car and ran. A police patrol car just happened to be passing at that time and Glatman was arrested on the spot.

Glatman quickly confessed to murder and said that he wanted to die. That wish was granted to him after a three day trial. He was executed in San Quentin's gas chamber on September 18, 1959.