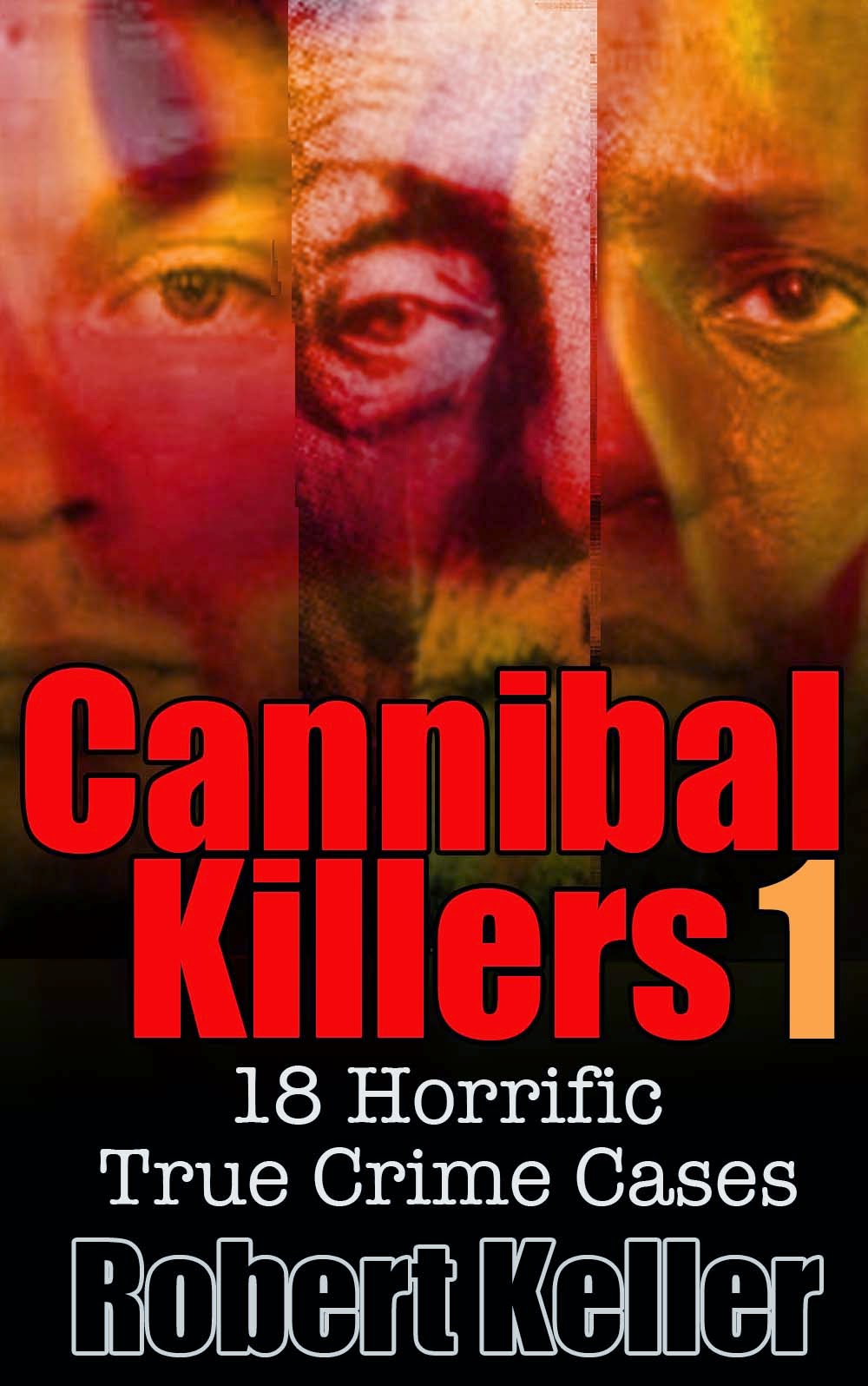 Few crimes disgust us more than  the act of murdering someone and then eating their flesh. In this volume, we examine 18 such stories, some featuring infamous cases, others involving killers you may not as have heard of before.

You may, for example, have read about the repellent exploits of Albert Fish and Jeffrey Dahmer, but have you heard of;

Vince Weiguang Li, a deeply disturbed individual who killed a fellow passenger on a Greyhound bus and then ate his flesh in front of horrified onlookers, or…

Omaima Aree Nelson, a beautiful Egyptian model who killed and devoured her American husband, or…

Michael Woodmansee, a teenaged cannibal who killed and ate his neighbor’s 5-year-old son, or …

Peter Bryan, a British serial killer who enjoyed eating his victims’ brains, fried in butter, or …

Boone Helm, a western outlaw who made a habit of eating his traveling companions, or…

Daniel Rakowitz, a deranged New York City drug dealer who killed his girlfriend and cooked her in a stew, which he fed to the homeless.

This book contains all of these stories and 12 more, plus bonus article, A Brief History of Cannibalism.


“Nothing tastes as good as the man I married.”
– Omaima Nelson 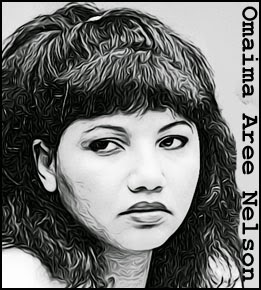 Bill and Omaima spent the rest of that evening, October 23, 1991, filling each other in on their respective backgrounds. He told her that he was a retired airline pilot. She said that she was an aspiring model who was working as a nanny to make ends meet. Omaima’s accent and dark good looks were also explained. Egyptian born, the 24-year-old had come to the United States in 1986, hoping for a better life. Then Omaima confided something that got Bill flustered all over again. She preferred older men, she said, particularly if they were tall. At 56 years of age and standing 6-foot-4, Bill qualified on both counts. They left the bar together that night, driving to Bill Nelson’s luxury Costa Mesa apartment in his red Corvette. Within days, Bill had proposed and Omaima had gleefully accepted.

William E. Nelson was a man of the world and should have known better. There was a lot that he didn’t know about his new bride. He did not know, for example, that Omaima had a history of irrational and violent behavior; he did not know that he was far from the first “older man” that she’d seduced, nor that her previous conquests had ended up shackled to their beds, pistol-whipped and robbed of their money and valuables. Bill was too busy enjoying the attention of his beautiful, young wife to concern himself with such things. Omaima was a skilled and adventurous lover. When she suggested introducing bondage into their sex games, Bill willingly agreed.

So it was that on November 28, 1991, Bill Nelson ended up shackled to his bed with his wife straddling him. Breathlessly anticipating the sex that was to come, he failed to notice when Omaima reached down to grasp a pair of scissors. By the time she lifted the weapon and held it above her head, two-handed, it was too late. Bill had barely enough time to utter a sound before it plunged into his chest.

Getting rid of a human body is a lot more difficult in practice than it appears in principal. William Nelson was a large man, standing over 6 feet tall and weighing in at 230 pounds. Still, Omaima was nothing if not determined. Over the hours that followed, she decapitated, dismembered and disemboweled her husband’s corpse. Some of the body parts were ground down in the garbage disposal. Others were packed into suitcases and placed in the back seat of Bill’s Corvette.

The murder of William Nelson was not a well thought out crime. As the surviving spouse Omaima would immediately have come under suspicion once Bill’s disappearance was noticed. And the amount of blood and tissue left at the crime scene would have been a CSI’s idea of nirvana. However, Omaima hastened her own downfall by involving others in the murder. Uncertain of what to do with the rest of Bill’s remains, she began visiting ex-boyfriends, asking for help. One of them went to the police.

Omaima Nelson was placed under arrest and charged with murder. She made no attempt to deny that she’d killed her husband, but insisted that she had acted in self-defense. She said that Bill had been intolerably cruel to her, had beaten, choked and bitten her. She said that he’d tied her to the bed and raped her on numerous occasions. She’d acted out of self-preservation, she said.

But that did not explain the horrendous mutilations, nor the acts of cannibalism that she’d admitted to. Omaima had a ready explanation. She said that after killing Bill she’d fallen into a “trance-like state.” She had no recollection of hacking him up, although she did recall cutting off his penis.  That, she claimed, must have been an “unconscious act of revenge” for a rape she’d suffered in childhood.

The prosecutor wasn’t buying Omaima Nelson’s self-defense argument and Omaima hardly helped herself when she told a court appointed psychiatrist that her husband’s ribs were, “so sweet, so delicious… I like mine tender.”

Tried and found guilty of murder in February 1993, Omaima Nelson was sentenced to 28 years to life.  She is currently incarcerated at the Central California Women's Facility in Chowchilla, California. Parole applications in 2006 and 2011 were both denied. She becomes eligible again in 2026.