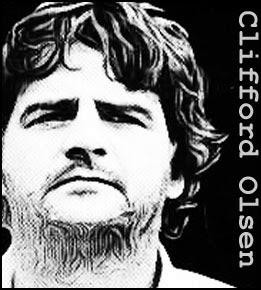 
Arguably Canada’s most notorious serial killer, Clifford Olson was born on New Year’s day 1940 in Vancouver, Canada. He was a troublesome child who grew into a habitual criminal, serving several prison terms before he was even 20. True to form, Olson was a problem prisoner, a violent and habitual rapist, who curried favor with the authorities by informing on his fellow inmates.

By the age of 40, Olson had racked up over 100 convictions, for offenses, ranging from driving under the influence to rape. It was after his release from yet another prison term in 1980 that he turned to murder. Beginning in October of that year, there were a spate of disappearances of young boys and girls, in and around Vancouver, the youngest victim just 9 years old. As a convicted sex offender, Olson was one of those placed under surveillance and he was eventually brought in for questioning after he picked up two female hitchhikers on Vancouver Island.

The police, however, had nothing against him and would have had to release him had he not made them an audacious offer - “I’ll give you 11 bodies for $100,000.” Faced with an impossible choice, Attorney General Allan Williams agreed to the deal, a move that would ultimately cost him his political career, as the pay-off became public knowledge.

The money was paid the Olson’s wife and he then kept his part of the deal by leading detectives to his various dump sites. It was only then that the police learned the true depravity of the killer. The victims had been killed by a variety of means, all had been raped and some had been tortured.

Clifford Olson was convicted of murder and sentenced to life in prison. He died  of cancer in October 2011, aged 71. Despite a public outcry, Olson’s wife refused to return the blood money she had received.


Read the full, gruesome story of Clifford Olson, plus 29 more serial cases from around the world in Human Monsters Volume 1. Available now on Amazon.