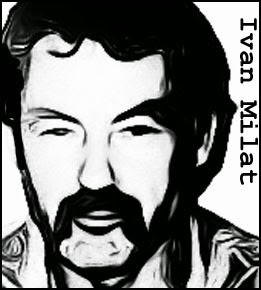 In September 1992, hikers in Australia’s Belanglo State Forest found the decomposed remains of two women. The corpses were identified as Caroline Clarke, 21, and Joanne Walters, 22, British tourists last seen alive in Sydney on April 18, 1992. Autopsies revealed that both women had been raped before Walters was stabbed to death, and Clarke shot.

A short while later, the skeletal remains of James Gibson and Deborah Everist, both 19, were discovered in the same area. They’d been missing since December, 1989. Then, after the decomposed corpse of 21-year-old Simone Schmidl was found, a task force was hastily put together. The police now knew they had a serial killer working the area, preying on hitchhikers and  backpackers.

November 1992 brought the gruesome discovery of two more bodies. Like Simone Schmidl, 21-year-old Gabor Neugebauer and his fiance,  20-year-old Anja Habschied, were tourists from Germany. They had last been seen alive on December 26, 1991, when they set off to hitchhike from Sydney to Darwin.

The police investigation, meanwhile, was getting nowhere. Then a man named Paul Onions contacted the task force from Birmingham, England. Onions described an incident that had happened in January 1990, while he was touring Australia. He’d been thumbing rides when a  man in a Nissan truck had picked him up. Just north of the Belanglo State Forest, the man had pulled a gun and threatened him, but Onions had managed to jump from the vehicle and escape. Onions was able to provide a description of his assailant, and the police were very interested, given the proximity of the attack.

The trail led eventually to a man named Ivan Milat. An Australian national of Croat descent, Milat had an arrest record for an attempted rape and was known to be something of a weapons enthusiast. When police raided his Sydney home on May 22, 1994, they found all of the evidence they needed, including firearms that would later be linked to the murders by ballistics and camping gear stolen from the victims.

Milat was charged with seven counts of murder, and was convicted on all counts in July 1996. He was sentenced to seven life terms. Police also regard him as the primary suspect in a series of 12 murders, committed in and around Newcastle, Australia, during the late 1970’s.