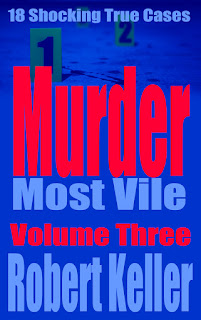 
The Family Man: Losing one family to violent death might be considered a tragedy, but three almost certainly points to something more sinister.

Death In The Valley: A teenaged boy is accused of murder but acquitted and welcomed back into the village as a hero. Two weeks later he kills again.

Slayer's Book of Death: Jason had only one ambition, to become America’s most feared serial killer, now he had his eye on his first victims, a 15-year-old boy and his younger sister.

Killing For Comfort: The barely believable story of a female serial killer who murdered her victims so that she could spoil herself with shopping sprees on their credit cards.

The Waterfront Ripper: Harry killed his wife in a dispute over alimony, then found he had a taste for mutilation murder.

Hell's Sanitarium: A Canadian couple make a fortune selling babies, murdering those infants who do not measure up to their stringent quality standards.

Hear No Evil: A killer is stalking the halls of Washington DC’s Gallaudet University for the deaf and hearing impaired. Will he be caught before he kills again?


Plus 10 more riveting cases....Scroll up to grab a copy.

Murder Most Vile Volume One 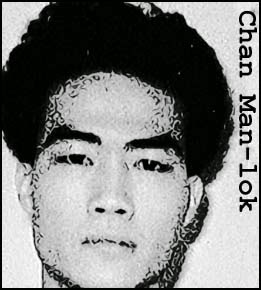 Hello Kitty is an iconic figure in the Far East. More than a toy, this ubiquitous cat character was created in 1974 by Japan’s Sanrio Company, who claim that she weighs as much as “three apples” and likes “small cute things, like stars, candy and goldfish.” She has appeared on over 15,000 products, with more being added all the time. There is even a Hello Kitty amusement Park in Japan.

But in 1999, the famous kitten became associated with something that was everything but cute, the horrific torture murder of a Hong Kong prostitute by a quartet of miscreants who seemed to regard there horrendous acts as no more that an extension of their obsession with video games.

In May of 1999, a pretty 14-year-old girl turned up at the Tsim Sha Tsui police station in Hong Kong. She had a bizarre story to tell. The girl (identified in press coverage of the case only as Melody) said that she was being tormented by the ghost of a woman who she had helped torture to death a year earlier.

Initially skeptical, detectives listened with growing interest as Melody recounted her tale. She said that she had run away from home a year earlier, just before the Lunar New Year in 1998. Hungry, alone and terrified on the streets, she’d wandered into a cheap restaurant where she’d plopped down in a seat hoping that someone might take pity on her and buy her a meal.

She’d been sitting there only a short while when a young man slid into the adjacent booth and struck up a conversation with her. He said that his name was Leung Wai-lun, although he insisted that she call him Gangster. He certainly looked the part. In his knocked off Armani suit, with copious bling, he looked like an extra from an early Jackie Chan movie. Nonetheless, Melody was besotted. Later that night, she gave up her virginity to the 18-year-old Leung.

The next months passed in a haze for Melody. She became Leung’s girl and fully embraced his twilight world of love hotels, nightclubs and karaoke bars.
One night, Leung introduced her to a man named Chan Man-lok, a ruthless pimp, pornographer, loan shark and drug dealer. Chan invited Melody and Leung to move into his place, a seven-room apartment above Kowloon’s famous
Granville Road shopping district.

Melody had been living at the Granville Road apartment for only a couple of weeks when another woman was introduced to the household, a 23-year-old named Fan Man-yee, but known by the street name Ah Map.

Abandoned as a child, Ah Map was raised at Ma Tau Wai girls’ home, escaping in her mid-teens to take up a life of drugs, petty crime, and prostitution. In 1997, while working at a Kowloon brothel named the Romance Villa, she met Chan Man-lok, who became a regular client as well as Ah Map’s drug supplier. The two often engaged in marathon sex and drug binges together, but after one such session, Ah Map made a fatal mistake, rifling through Chan’s wallet after he passed out and stealing $4,000.

It was a stupid crime, with only one possible perpetrator. Chan demanded that Ah Map pay the money back, with interest amounting to an additional $10,000. Yet even after Ah Map complied with these demands, Chan wanted more. He insisted on an additional payment of  $16,000. When Ah Map refused, he instructed his accomplices Leung Shing-cho and Leung Wai-lun to kidnap her and bring her to his Granville Road apartment.

The abduction took place on March 17, 1999, whereupon Chan and his henchmen beat Ah Map senseless and told her that she was to remain at the apartment, working as a prostitute and handing over all of her earnings to them, until her debt was paid off.

But their plan had one fatal flaw. They’d beaten Ah Map so badly that she could barely stand, let alone work the streets. And besides, which john was going to pay for at a hooker as battered and bruised as she was?

As it turned out, Chan would never send Ah Map out onto the streets. He and his cohorts were having too much fun beating and torturing her.

Over the weeks that followed, life in the apartment (as described to the police by Melody) picked up a familiar pattern. The three gangsters would get high, play video games, watch movies and torture Ah Map, all the while dreaming up more and more sadistic methods. They burned her with matches and with melted plastic straws, they beat her with sticks and metal pipes, they poured chili sauce into her open wounds and forced her to drink cooking oil. They urinated on her and forced her to eat excrement. On other occasions they’d string her up from a hook on the ceiling and leave her hanging there overnight. All the while, Ah Map was forced to laugh and smile as she was being brutalized. Failure to do so would result in even more severe punishment.

Melody also participated in the torture and, according to her testimony, she was not an altogether unwilling accomplice. “I did it for fun,” she’d later admit. “Just to see what it was like to hurt someone.”

No one was ever going to survive the torments heaped on the unfortunate Ah Map for very long. Yet, the young woman lasted for almost a month before eventually succumbing to her injuries. Then, one morning, Melody woke and found Ah Map dead on the bathroom floor, where she’d been left over the previous three days. Her tormentors had apparently become bored of hurting her.

The body remained on the bathroom floor for the next two days, before Chan eventually called his men together and informed them, “She must be destroyed. She will vanish into thin air.”

That set in motion a gruesome 10-hour operation to dismember the corpse. Ah
Map was lifted into the bathtub, where Chan cut off her head with a wood saw. His accomplices then began slicing flesh from the corpse, bagging it and stashing it in the refrigerator. At one point, Gangster handed Melody a plastic bag stuffed with intestines and told her to cover them with hot water to stop them smelling.

Later, while Leung Shing-cho was cooking the head, he called Melody over and insisted that she look into the pot. “Just pretend you’re watching TV,” he coaxed.
Melody looked into the pot and saw the head bobbing in the boiling water. “He was right,” she later admitted.  “It looked like something I saw once in a film.”

In the midst of this gory operation, the killers broke for lunch, cooking up a pot of noodles on one plate while the dismembered head was boiling away beside it. They even used the same spoon to stir both pots. Once all of the flesh was boiled from the head, the skull was hidden inside a Hello Kitty mermaid doll where it would remain until the police found it there a year later.

The horrific murder of Ah Map would likely have gone undiscovered had Melody not found herself tormented by the woman’s unquiet ghost. As it was, Chan Man-lok, Leung Shing-cho and Leung Wai-lun were arrested and charged with murder. They would eventually be convicted only of manslaughter, the jury deciding that Ah Map’s drug use may have contributed to her death. The sentence though, was the harshest allowed by law. Each of the killers was sentenced to life in prison.