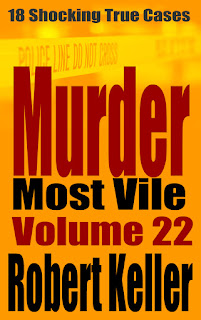 Over My Dead Body: The divorce was settled amicably in court; the custody dispute was settled with cold-blooded murder.

The Final Prank: A little girl is found raped and strangled. The identity of her killer will shock an entire community to its core.

If I Can’t Have You: If you love someone set them free, if they come back to you, they are yours forever… if they don’t, kill them.

The Body in the Suitcase: A suitcase is found by the roadside. Its contents will send investigators on a desperate hunt to catch a killer before he strikes again.

Murder at the Long Branch Saloon: A much-loved tavern owner disappears from his business in broad daylight, leaving the police with an apparently uncrackable case to solve.

Playing with Fire: Taylor was young and eager to experiment; Ben was older and happy to teach her. It was all fun and games until someone turned up dead.

The Seaside Murders: Four members of the same family are found hacked to death inside their home in a quiet beach community. But who killed them? And why?

A Cain and Abel Story: Its brother against brother in this convoluted tale of money, deceit, and murder for hire.

Read more »
Posted by Robert Keller at 06:56 No comments: