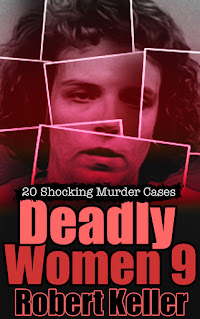 Betty Wilson: Murderous twin sisters, an affluent doctor and a cut-rate hitman combine in this tragic tale of a marriage gone bad.

Edith McAlinden: A petty argument turns into a bloodbath, leaving three men dead. Given the nature of the woman involved, it was hardly unexpected.

Wendi Andriano: Joe Andriano was dying of cancer and had just months to live. To his wife Wendi, that was too long.

Amy DeChant: When a Las Vegas bookie goes missing, his lover claims that he was abducted by mobsters. The clues, however, point elsewhere.

Dawn Silvernail: He was a bug-eyed loser who somehow seemed irresistible to certain women. They would do anything for him. Even kill.

Grete Beier: The face of an angel but the heart of a fiend. That was how they described Grete Beier. It was not unwarranted.

Della Sutorius: Della had been married and divorced four times when she met Dr. Darryl Sutorius. Perhaps the good doctor should have asked himself why.