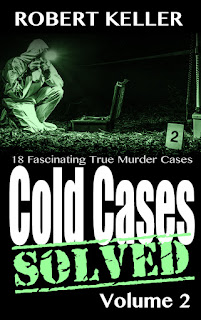 Blood Moon: The suspect had a perfect alibi. Did the police really believe that he’d have committed a murder on his wedding day?

Darkness Falls: A young girl walking home from a Halloween party is snatched from the street by two lowlife brothers. What happens next is pure evil.

The Lemon Orchid: An ill-advised late night stop puts a young woman directly in the path of a killer. He’s done this before.

Attack of the Killer Clown: A woman is gunned down on her doorstep by an assassin in a clown suit. The clues point to an unlikely suspect.

Haunted: Thirty years after a teenager’s death, her killer finally breaks down and confesses, claiming he’s being tormented by his victim’s ghost.

The Drifter: A casual Sunday drive to the store turns into a nightmare when a young woman encounters a serial killer.

Killing Ground: It was a short walk, along well-lit streets, through a quiet English village. But evil can lurk anywhere…and strike without warning.

Your Sins Will Find You: Killing was his business, rape and robbery his stock in trade. Eventually, though, your sins catch up with you.

Read more »
Posted by Robert Keller at 06:43 No comments: