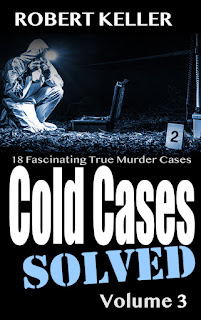 Cold Storage: The truck sat in the drive on flats, an electrical cable powering a freezer in its cargo hold. What’s inside is the stuff of nightmares.

The Running Man: A man is seen running from a burning house. Inside is the badly burned corpse of a young woman. Are the two events connected?

Malevolent: The savage murder of a disabled woman sends police on a decades long hunt for a cowardly killer. One small detail might unlock the mystery.

Firebug: Fire had always been John Veysey’s friend. Sometimes it put money in his pocket. Other times, it covered the evidence of his evil deeds.

The Coward's Way: The case had gone unsolved for decades, then a veteran detective took an interest and uncovered a killer close to home.

Family Secrets: John’s wives had a habit of walking out on him, never to be seen again. Unlucky in love? Or something more sinister?

Prime Suspect: A brutal murder with an obvious suspect. The police have evidence, but the killer has an alibi. It will take time for technology to catch up.

Run: A promising young athlete with dreams of the Olympics; a sexual predator with far less admirable objectives. They meet. Tragedy ensues.

Read more »
Posted by Robert Keller at 02:58 No comments: 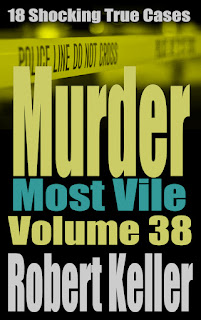 Say Goodbye: The divorce had taken a toll on Arthur. He was coming apart at the seams. Why, oh why, were the children left in his care?

The Story in Her Eyes: A woman drowns in the bathtub. Her husband swears it’s an accident. He’s up against a brilliant pathologist who thinks otherwise.

When Love and Hate Collide: A scheming lawyer and his neurotic wife are the protagonists in this warped tale of bad choices and dire consequences.

She Loves Me Not: John wanted a romantic relationship. Heather just wanted to be friends. Between those conflicting objectives lies a slaughter.

The Curse of Good Fortune: Winning the lottery was the best day of Bazil Thorne’s life. It was also the worst.

Malice: Everyone said that Perry was a good father who loved his kids more than anything in the world. Everyone was dead wrong.

Blackout: She was the pretty clerk behind the counter at the video store. He was the creepy guy hanging out in the X-rated section…always watching.

Family Business: Susanne should have known better. Never hire an amateur to do a professional’s job. Especially when the job involves murder.

Read more »
Posted by Robert Keller at 00:55 No comments: