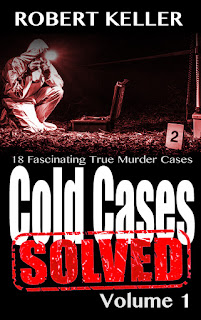 The Darkest Shade of Evil: Two little girls go missing from the mall. What happens to them is beyond your most terrifying nightmares.

You’re History: The discovery of a human skull panics a killer into a confession. Perhaps he should have waited for the coroner’s report.

Cold-Blooded: Karen was the former wife of an American icon. But celebrity is no shield against a determined psychopath.

The Janitor: When a preteen girl goes missing from a school, suspicion falls on the one person all of the female students are wary of – the creepy janitor.

A Bullet for Your Broken Heart: Roy Joe had been dealt many tribulations in his life. None of them, though, was as bad as Carolyn.

The Other Ripper: For years, Joan was thought to be a victim of Britain’s most notorious slayer. Her killer turned out to be a different psychopath entirely.

Young Blood: Two teenagers meet up for a moonlight tryst in an abandoned building. One of them won’t make it out alive.

Neighborhood Monster: It was a simple errand, a quick run to the store in a safe neighborhood. It should not have cost a little girl her life.

Read more »
Posted by Robert Keller at 04:20 No comments: