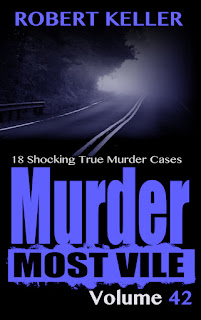 Five Puzzle Pieces: A complicated investigation spanning over a decade. Meticulous police work will finally crack it… with a little help from the victim.

Taxi Driver: He had the perfect cover for a serial killer. Victims got willingly into his taxi cab. Some never got out.

A Pathetic Kind of Evil: A born loser, desperately clinging to a failing romance; two innocence kids who he sees as an encumbrance; a sickening solution.

The Only Way Out: As a cop, he swore to uphold the law. As a husband and father, he promised to love and to cherish. He did neither.

Flesh for Fantasy: The victim wanted to fulfil a lifelong ambition, to be killed, butchered, and eaten. Is it still murder under those circumstances?

Mommy Loves You: Alice had a love for her son that bordered on the romantic. Woe betide the woman who tried to usurp her in his affections.

The Hunchback of York Street: Two little girls fall into the clutches of a cannibalistic pedophile in this gothic horror from Old England.

The Preacher from Hell: The Reverend knew his Bible well. He’d yet to encounter a sin in it that he hadn’t committed.

Read more »
Posted by Robert Keller at 06:58 No comments: 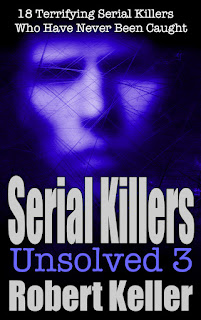 The Freeway Phantom: From the heyday of serial murder comes this terrifying tale, of a monster who lured and murdered little girls.

The Redhead Murders: He had a preference for redheads and a penchant for murder. He may have been a trucker. He was definitely a monster.

Stoneman: The killer had a unique method of mayhem, heavy stones, dropped from a height onto unsuspecting victims.

The Honolulu Strangler: The setting was breathtaking, the killings incredibly ugly. From the beautiful state of Hawaii, a brutal tale of serial homicide.

The Toronto Hospital Baby Murders: A monster is stalking the hallowed halls of a prestigious Toronto hospital, preying on the most innocent of victims.

The Lisbon Ripper: Someone is killing the sex workers of Lisbon, someone armed with a scalpel… and an unrivalled bloodlust.

The Toledo Clubber: He was known as ‘the Clubber’ for the weapon he carried, a carved hunk of wood wielded to deadly effect.

The Doodler: The killer enjoyed drawing sketches of potential victims. Later, he’d paint the walls with their blood.

Read more »
Posted by Robert Keller at 04:57 No comments: