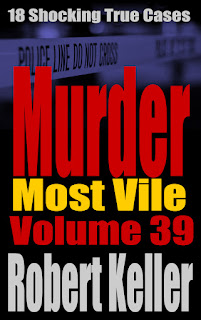 Who Killed Baby Doe?: The pitiful remains of a murdered child wash up on a Boston beach. Who killed her and why?

Flesh and Blood: Karl Karlson had lived a life blighted by tragedy. People had a habit of dying around Karl, usually his heavily-insured nearest and dearest.

The Lady in the Lake: A woman’s body turns up at the bottom of a lake 20 years after she disappeared. All of the clues point to her husband. Did he do it?

Taxi to Chiswick: An American GI and his jailbait girlfriend cruising the streets of war-torn London, up to no good. There’ll be some blood spilled tonight.

Curtain Call: As an actress, she’d appeared on Britain’s most popular soap. But her most dramatic role was yet to come, that of murder victim.

Daughter of Darkness: Bill Mussack is missing. His daughter insists he’s gone camping. What then is that stench, coming from the crawlspace of his house?

The Perfect Murder: A marriage in trouble, an illicit affair; a convoluted plan. When you set out to commit the perfect murder, the devil’s in the details.

Read more »
Posted by Robert Keller at 23:31 No comments: