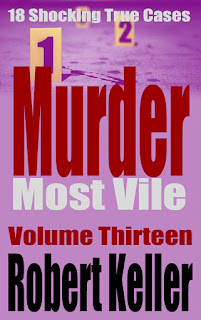 The Hacker: A paranoid drug dealer out on an all night binge with a young man he believes to be a police informant. What could possibly go wrong?


From Sandra, To My Killer: A young girl is found brutally raped and murdered. The identity of her killer will stun an entire community.

A Passion for Evil: When Snuff movie aficionado, John Madden, decides to indulge his darkest fantasy, no one is safe – not even his 12-year-old niece.


Justice Takes Its Time: A journalist researching the biography of a long dead sports star stumbles upon the solution to a decades-old murder mystery.

Dirty Rotten Scoundrel: A serial philanderer meets his worst nightmare, a lover who refuses to be shunted aside. His solution to the problem will shock you to the core.

Blood in the Snow: A brilliant but troubled environmentalist turns his ire on the people he believes are destroying the Alaskan wilderness – with horrific results.

A Dangerous Woman: Breaking up is never easy, breaking up with a woman like Shirley Turner could get you killed.

The Man Who Killed Halloween: When 9-year-old Timmy O'Bryan dies in agony on Halloween night, the police are stunned at where the clues lead.

Jill the Ripper: The murders were reminiscent of those committed by Jack the Ripper just a couple of years earlier. Could Mary Pearcy really have been the Whitechapel fiend?

Read more »
Posted by Robert Keller at 22:55 No comments: