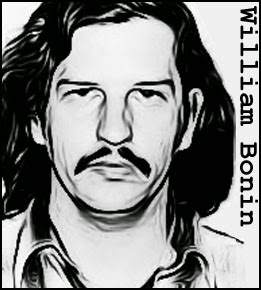 Between the years 1972 and 1980, Southern California was deluged by a virtual plague of horrendous torture murders, with the brutalized bodies of over 40 boys and young men found scattered along the freeway systems in seven different counties. The police did not know it at the time, but there were in fact three serial killers (Patrick Kearney, Randy Kraft and William Bonin) operating in the area. Kearney and Kraft preferred older victims, Bonin preyed mainly on teenagers.

By the time Bonin committed his first murder, in May 1979, he had already served several jail terms for sexual assaults against young boys. It appears that he turned to murder only to ensure that the victims could not testify against him. However, Bonin soon realized that he had a taste for killing. Thereafter, he embarked on a quest to find ever more cruel ways of dispatching the unfortunates who fell into his hands.

Working with a succession of equally depraved accomplices, he’d cruise the freeways looking for hitchhikers. Once the victim was enticed into his van, he’d be raped, stabbed, slashed and bludgeoned, before being strangled to death, often with a coat hanger. One young victim had his ribs crushed by being kicked and trampled, another had drain cleaner injected into his veins. The youngest victim, aged just 12, was abducted while waiting for a bus to Disneyland. He was raped and then bludgeoned to death. His killers used the money they found in his wallet to buy lunch.

By then, a major operation was underway to catch the “Freeway Killer.” But the police were not even close to apprehending Bonin until they got an unexpected break. On June 10, 1980, one-time Bonin accomplice William Pugh was arrested on car theft charges. He struck a deal, offering Bonin’s name in connection with the Freeway Killings. The police only had to look at William Bonin’s record of kidnapping, sodomy, child molestation and forcible oral copulation to know that he was a solid suspect.

Bonin was placed under surveillance and was arrested the following day when police caught him sodomizing a teenager in his van. Arrests for his accomplices Vernon Butts, James Michael Munro and Gregory M. Miley soon followed.

William Bonin eventually went on trial  in November 1981. Found guilty, he was sentenced to death. Munro and Miley drew life sentences for their parts in the murders, while Vernon Butts hanged himself while in police custody.

California is notoriously slow in carrying out death sentences, but in Bonin’s case they at least got around to carrying out the sentence of the court. William Bonin was executed by lethal injection on February 23, 1996.