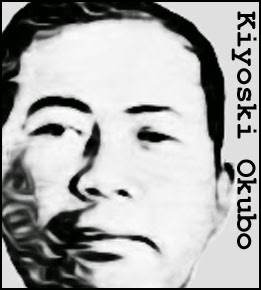 
Japan produces few serial killers but of those it does produce, Kiyoshi Okubo is one of the most vicious. Okubo was already a convicted rapist before he embarked on a bloody two-month killing spree in 1971. Over the space of just 64 days he brutally raped and strangled 8 teenagers and young women.

Okubo made little attempt at hiding the bodies of his victims and as the body count mounted, the entire country was thrown into uproar. The police, meanwhile were constantly on his trail. They did not know yet who the killer was, but they had a description of his vehicle, a cream colored Mazda.

On May 14, patrol officers spotted just such a vehicle in the Takasaki neighborhood. Okubo was in the front seat with a young girl. He was arrested on the spot.

Okubo soon cracked under interrogation and admitted to 8 murders. At trial he blamed the police and prison system for his killing spree, claiming that they had “destroyed his humanity.” (This blame-shifting behavior is typical of serial killers)

Found guilty of murder Okubu was sentenced to death on February 22, 1973, He went to the gallows at the Kosuge Detention Center three years later, on January 23, 1976.