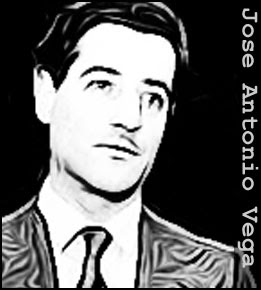 
Known as El Mataviejas" (The Old Lady Killer), Jose Antonio Rodriguez Vega is Spain's most prolific killer. As the name suggests, this heartless brute preyed on elderly women, raping and strangling 16 victims over a period of just nine months.

Vega’s usual M.O. was to befriend his victims by offering to help carry groceries or do work at their homes. Once inside, he’d turn on the helpless woman, fondle and rape her and then strangle her to death. Sometimes he’d commit postmortem rape with a broomstick handle or other object. Then, before leaving the scene, he’d tuck the victim up in bed. Because of this many of the early victims were thought to have died of natural causes.

It was the murder of 82-year-old Margarita Gonzalez that first alerted the police to the presence of a serial killer. However, Vega would commit two more murders before an anonymous tip off brought the police to his apartment. There, they found an elaborate shrine, containing trophies taken from his many victims. When pictures of the shrine were shown on TV, relatives of several victims came forward to identify their possessions. It was only then that the scale of Vega’s killing spree became apparent.

Tried in 1991, Vega was sentenced to 440 years, although that meant in effect that he’d only serve 20. However, fate had other plans for the notorious granny killer. On October 25, 2002, he was stabbed to death by two fellow prisoners in the courtyard of the Topas prison in Salamanca province.