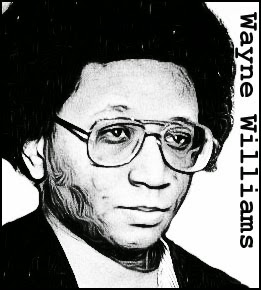 
It is one of the most controversial murder investigations in American history. Between the summer of 1979 and the spring of 1981, twenty-eight African-American children, adolescents and young adults were murdered in Atlanta, Georgia. In a case that would become known as the “Atlanta Child Murders” the police and FBI struggled to pinpoint a suspect, until their enquiries eventually zeroed in on one man.

The suspect was Wayne Williams, an Atlanta native. Like the victims, Williams was African American, which contradicted the local belief that the murders were racially motivated and carried out by white supremacists.

Williams first became a suspect in May 1981, after police spotted his car parked on the Cobb Drive Bridge over the Chattahoochee River. Moments later, one of the policemen heard a loud splash. Questioned about his presence on the bridge, Williams claimed he was headed out of town to audition a young singer. This proved to be a lie and three days later, the nude body of 27 year-old Nathaniel Cater was fished from the river. An autopsy proved that he’d been strangled and police theorized that Williams had thrown Cater from the bridge on the night they’d seen him parked there.

Williams was arrested, tried and found guilty of the Cater murder, as well as the murder of 21-year-old Jimmy Ray Payne. Although never charged with the Atlanta Child Murders the police closed the file on those cases once Williams was given a life sentence.

Most experts agree that Williams could not have committed all of the child murders. Indeed, many are of the opinion that he committed none of them. However, it is telling that the killings ended once Williams was in custody.