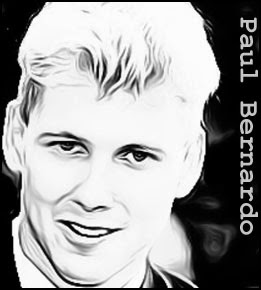 
They seemed like a golden couple, both of them attractive and intelligent, Paul a recently qualified accountant, Karla a veterinary assistant. But behind the facade lurked a monster who was already responsible for a series of brutal rapes, and a woman who encouraged his depraved sexual urges.

Six months before their 1991 wedding, Paul made a demand which tested Karla’s loyalty to the limit. As she had not been a virgin when they met, he demanded the virginity of her 15-year-old sister, Tammy. Karla agreed without hesitation.

On December 23, 1990, the depraved couple drugged Tammy with tranquillizers that Karla had stolen from the veterinary practice where she worked. Bernardo then proceeded to rape Tammy while Karla kept her sedated with chloroform. Sometime during the attack, Karla stopped breathing. She was rushed to hospital but was announced dead on arrival. The death was ruled an accident.

Rather than discourage Bernardo and Homolka, they now began actively seeking out teenaged girls to drug, rape and torture. Two more unfortunates would fall victim to the killers over the next year,  14-year-old Leslie Mahaffy and Kristen French, aged 15. The girls were abducted off the street and taken to Bernardo’s house where they were raped, sodomized, tortured and humiliated before being eventually strangled. All of these vile acts were captured on video, with Homolka a willing participant.

Bernardo was eventually caught after he was linked by DNA to several of his earlier rape victims. He was sentenced to life with parole eligibility in 25 years, although as a designated “Dangerous Offender” it is unlikely that he will ever be released. Homolka meanwhile, testified against her husband and received just 12 years in return. She was released on July 4, 2005.