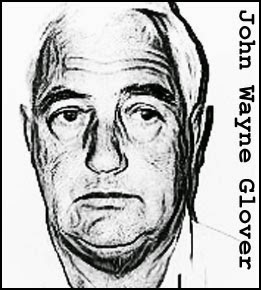 
Between November 1989 and March 1990, the area of North Shore in Sydney, Australia was plagued by a particularly brutal serial killer. Dubbed the “Granny Killer” by the media, this fiend preyed on elderly women, bludgeoning them over the head with a hammer before raping them and then strangling them to death with their own underwear.

The killer, later identified as John Wayne Glover, became sexually obsessed with elderly women after his mother's death. Unusual for a serial killer, he began his murderous career at a very late age, committing his first murder when he was 57 years old. The victim was 82-year-old Gwendolin Mitchelhill. Glover would go on to commit five more murders before being caught. His final victim was Joan Sinclair, a 60-year-old with who he had been having an affair.

Glover was captured at the scene of the Sinclair murder, unconscious after an apparent suicide attempt. In custody, he admitted to the North Shore killings and was arraigned for trial. Sentenced to six life terms in 1991, he remained in prison until September 9, 2005, when he was found hanging from a makeshift noose in his cell.