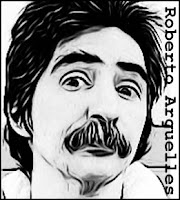 Between February and March 1992, three young girls and a middle-aged woman were brutally raped and murdered in Salt Lake City, Utah. The first to die was 42-year-old school janitor Margo Bond, abducted from her place of work and murdered in February 1992. Just over a week later, 13-year-old Stephanie Blundell was kidnapped, sexually assaulted and then killed. Then in March, there was were two more deaths; 15-year-old Tuesday Roberts was raped and strangled, her friend, 16-year-old Lisa Martinez was stabbed to death with a wood chisel.

With four victims so savagely killed in such a short period of time, the Salt Lake City PD launched a massive operation to catch the killer. One of those questioned was 30-year-old Roberto Arguelles, who had reported to police that he’d witnessed the bodies of Roberts and Martinez being dumped. The lead however led nowhere and the case eventually went cold.

Four years later Arguelles was serving time for child molestation when he asked for a meeting with investigators. He then tearfully confessed that he had committed the four murders. He’d recently become a father, he said, and couldn’t live with the deaths on his conscience.

Arguelles asked for the death penalty and the judge at his trial was happy to oblige. The sentence however would never be carried out. Roberto Arguelles died in prison on November 23, 2003
Read the full, horrific story of Roberto Arguelles, plus 49 more serial killer cases in
50 American Serial Killers You’ve Probably Never Heard Of Volume 4.
Available now on Amazon