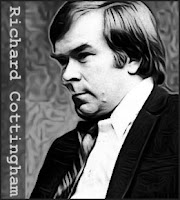 On December 2, 1979, firefighters responding to a blaze at a seedy Times Square hotel discovered two headless female corpses. NYPD homicide investigators later linked the murders to the killing of teenage prostitute Helen Sikes in January that year. She too had been found hacked apart in Times Square. And on May 5, 1980, police had another murdered prostitute to deal with. Valerie Street’s body had not been cut up, but she had been severely beaten, and her killer had bitten off one of her nipples.

Within a week, the death toll had increased to five when prostitute Jean Reyner turned up dead in a Times Square hotel room. Her breasts had been hacked off. A week after that, the police finally got their break when they were called back to the same hotel. A woman had been reported screaming in one of the rooms and officers found her handcuffed to a bed. She had been beaten, raped and sodomized and had also been slashed with a knife and severely bitten. Her attacker was caught trying to flee the scene. He was identified as 34-year-old Richard Francis Cottingham.

Cottingham made an unlikely murder suspect. He was an apparently respectable family man with a job at a major health insurance firm. Nonetheless, the evidence against him was overwhelming, especially when several surviving victims came forward to identify him as their attacker.

Tried and found guilty of the murder of Valerie Street, Cottingham was sentenced to life in prison.